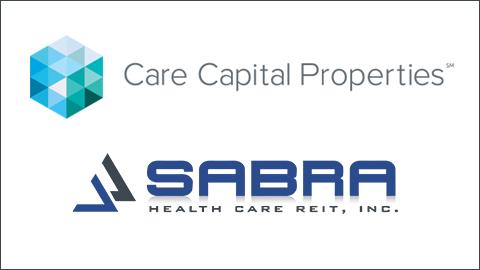 By Kerry Augustine / 25th May 2017 / in rob keeler watson, watson commercial / No comments yet

Sabra Health Care REIT, Inc. (Nasdaq: SBRA) and Care Capital Properties, Inc. (NYSE: CCP) said May 7 that they will combine in an all-stock merger to create a company with a pro forma total market capitalization of $7.4 billion.

The new company will operate under the Sabra name. Sabra’s current management team, led by Chairman and CEO Rick Matros, will run the combined company. Ray Lewis, CEO of CCP, will join Sabra’s board of directors.

The equity market capitalization of the new company is estimated at $4.3 billion. The deal is expected to close in the third quarter.

In a May 8 conference call, Lewis said CCP had considered a number of different strategic alternatives “and this was the best path forward for the company.” Matros said the two companies had been in discussions for “some time.”

At the end of 2016, Sabra’s portfolio consisted of 97 skilled nursing/transitional facilities, 85 senior housing facilities and one acute care hospital. Care Capital was spun off from Ventas, Inc. (NYSE: VTR) in mid-2015 as a pure-play REIT focused on the skilled nursing market.

Matros described the transaction as “transformative,” bringing increased scale and portfolio diversification.  Furthermore, a stronger balance sheet and earnings profile will position the new company “to capitalize on the opportunity set in front of us in an industry that continues to have attractive fundamentals,” he added.

Chad Vanacore, a REIT analyst at Stifel Financial Corp., said the transaction benefits both parties. While Sabra shares have performed well, he said, the company lacked scale and diversification. Meanwhile, CCP shares had “struggled to gain traction” following the spin-off from Ventas, according to Vanacore, and the company was in need of portfolio repositioning.

Matros said the overall strategy of the combined company will be to continue to concentrate on private pay residents.

Turning to skilled nursing, Matros observed that there are some “really interesting deals out there.” Sabra is currently in the process of divesting assets leased to skilled nursing operator Genesis Healthcare.

Matros said that excluding Genesis, the company’s skilled nursing statistics are “really good.” He described Sabra’s ability to identify strong operators as “advantageous” and said the company will pursue deals with operators that fit this profile.

Vanacore added that while the new company will have strong leadership in place, the major challenge post-merger will be renegotiating or exiting the underperforming leases that are currently a large portion of CCP’s portfolio.

26
May
By isamercan |No comments yet

24
May
By isamercan |No comments yet

Team Keeler was established to make available a national brokerage platform that provides multi-tiered service at the highest possible level of professionalism.