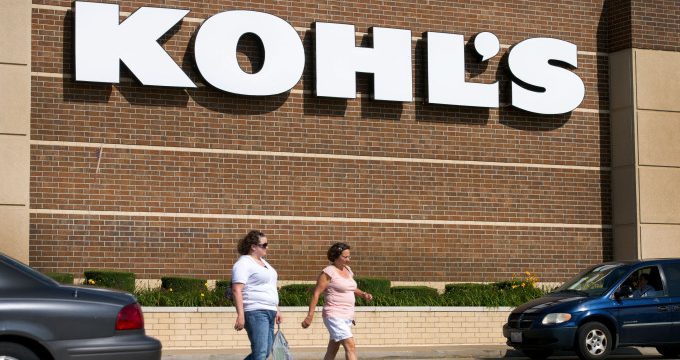 Opinion Why banks should take notice of retailers’ problems

This is a good time for bank risk managers and bank regulatory examiners to evaluate the effects of a deepening retail crisis on the financial services sector.

Last year, with online shopping growing ever more dominant, 4,000 stores closed, and this year is looking far worse. Some sell-side analysts predict that the number of closings could double. Just in the first quarter of 2017, 3,000 stores have closed. S&P Global Ratings expects defaults by retailers on their bonds this year to surpass those in 2008-2009, when the U.S. was in the depths of the financial crisis.

Banks are exposed to retail woes, because they lend to retailers, invest in shopping centers and other real estate where retailers are housed, and to employees of both sectors. Big banks are particularly exposed to the retail sector because they often invest in securities that are backed by retail-related commercial real estate. According to The Economist, data from Bloomberg, the Mortgage Bankers Association and TreppAnalytics “suggests that the combined debt of retailing companies and retailing property is roughly $1 [trillion].”

According to Fitch Ratings, retailer loan delinquencies have been edging up. Presently, Fitch has a default rate forecast of 9% year-end for the retail sector compared with 1% in 2016.

Not only should professionals at banks and bank examiners pay attention to retail loan delinquencies, but they should also look at market signals that are much more dynamic than credit rating forecasts. Just last week, big retailers Dillard’s, J.C. Penney, Kohl’s, Macy’s and Nordstrom announced disappointing sales, earnings and, in some cases, both. With the earnings calls, retailers’ stocks declined, affecting the overall market on May 11 and 12.

This week, the share prices of companies that own shopping malls and other retailers have also been declining several days in a row. Anxiety about retail real estate is also reflected in the S&P 500 retail real estate investment trust index, which has been repeatedly declining in the last couple of weeks.

Another important market signal, however, that has received less attention is the performance of indices tied to commercial mortgage-backed securities, which recently have shown widening spreads. This means that CMBS market participants are increasingly worried about how credit deterioration and increased defaults of retailers may now move upstream. This could also affect developers of retailer-occupied real estate and banks that lend to developers. The national delinquency rate for retail real estate loans securitized into CMBS has been rising since the spring of 2016. That rate is roughly at 6%, 70 basis points higher than last year. Because retail constitutes about 27% of the CMBS debt that will mature over the next six months, bank risk managers and bank supervisors should monitor carefully for any signs of credit quality deterioration.

Since the beginning of this year, fund managers have been increasingly betting against CMBS. According to the Depository Trust & Clearing Corp., market participants transacted net $985 million in credit derivative contracts targeting the riskiest types of CMBS this year — five times higher than in the same period in 2016 — in a sign that market participants are losing faith in the retail-related parts of the CMBS market.

Bank supervisors and examiners nationwide should ask banks to provide data about their risk exposures to CMBS, loans to retailers, retailer-issued bonds, and real estate development loan borrowers. All of these will be impacted as more stores close. Unfortunately for the public, this type of data is not typically disclosed, presenting a big challenge to market watchers. Bank supervisors and investors should require that banks give more detail about risk weights in retail portfolios in the banks’ Basel-related quarterly disclosures.

Additionally, bank supervisors need data from banks about borrowers who are employees in the retail sector, which could affect their creditworthiness should the sector suffer further. Just since January, about 89,000 people in the retail sector have lost their jobs. As stores continue to close, an analysis by The Economist estimates that about 4.5 million people could lose their jobs in the next few years as more American shoppers continue to go online and as automation overtakes the retail sector.

Team Keeler was established to make available a national brokerage platform that provides multi-tiered service at the highest possible level of professionalism.